Although its customer service centers are called post offices in regular speech, the USPS recognizes several types of postal facilities, including the following:
• A main post office (formerly known as a general post office), which is the primary postal facility in a community.
• A station or post office station, a postal facility that is not the main post office, but that is within the corporate limits of the community.
• A branch or post office branch, a postal facility that is not the main post office and that is outside the corporate limits of the community.
• A classified unit, a station or branch operated by USPS employees in a facility owned or leased by the USPS.
• A contract postal unit (or CPU), a station or branch operated by a contractor, typically in a store or other place of business.[64]
• A community post office (or CPO), a contract postal unit providing services in a small community in which other types of post office facilities have been discontinued.
• A finance unit, a station or branch that provides window services and accepts mail, but does not provide delivery.
• A processing and distribution center (P&DC, or processing and distribution facility, formerly known as a General Mail Facility), a central mail facility that processes and dispatches incoming and outgoing mail to and from a designated service area. (275 nationwide.)[62]
• An international service center (ISC), an international mail processing facility. There are only five such USPS facilities in the United States, located in Chicago, New York, Miami, Los Angeles and San Francisco.[65]
• A sectional center facility (SCF), a P&DC for a designated geographical area defined by one or more three-digit ZIP code prefixes.
• A bulk mail center (BMC), a central mail facility that processes bulk rate parcels as the hub in a hub and spoke network.
• An auxiliary sorting facility (ASF), a central mail facility that processes bulk rate parcels as spokes in a hub and spoke network.
• A remote encoding center (REC), a facility at which clerks receive images of problem mail pieces (those with hard-to-read addresses, etc.) via secure Internet-type feeds and manually type the addresses they can decipher, using a special encoding protocol. The mail pieces are then sprayed with the correct addresses or are sorted for further handling according to the instructions given via encoding. The total number of RECs is down from 55 in 1998 to just 5 centers in April 2009. In 2010, there will be just two remaining RECs open, in Salt Lake City, Utah and Wichita, Kansas. More closures will occur as computer software becomes more able to read most addresses, but a few centers are expected to remain open (see Evolutionary Network Development below).
While common usage refers to all types of postal facilities as "substations," the USPS Glossary of Postal Terms does not define or even list that word.[64]
The USPS also operates Automated Postal Centers, which are unattended kiosks that are capable of weighing, franking, and storing packages for later pickup. Similarly, traditional vending machines are available at many post offices to purchase stamps, though these are being phased out in many areas.[66] Due to increasing use of Internet services, as of June, 2009, no retail post office windows are open 24 hours; overnight services are limited to those provided by an Automated Postal Center.[67]
There are approximately 36,000 post offices, stations, and branches in the USPS retail system.[68] Temporary stations are also set up for applying pictorial cancellations.
Вернуться к началу

A station or post office station, a postal facility that is not the main post office, but that is within the corporate limits of the community.

A station or post office station, a postal facility that is not the main post office, but that is within the corporate limits of the community. 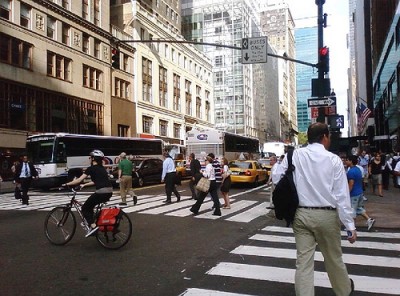